I’ll never move to central Alaska. Even if global warming makes it the new Palm Springs.

Years ago a writer traveled to Anchorage and visited the home of an oil company executive. The exec owned every board game and card game known to man, and the writer asked why.  For the long winter nights, the exec explained, “because you can only drink so much.”

In central Alaska, they respectfully disagree.

The police blotter column of the Fairbanks (AL) Daily News-Miner bulges with drunk-driving arrests, alcohol-fueled domestic violence and little else.  Much of the “little else” involves booze, too.

I hold a certain affection for the towns that provide material for my police blotter haiku.  But I struggle to find the love for central Alaska. Enjoy – or something.

She just fell, he said.
But her body showed the marks
of his fists and feet.

“Just two beers, I swear.”
the driver said, yet his breath
strongly disagreed.

The charge: drunk driving.
With his five kids in the back.
While beating his wife.

Footprints in the snow.
They led from the wrecked car
to the drunk who’d wrecked it.

A drunk, a pistol.
Scattered shell casings told him
what he couldn’t recall. 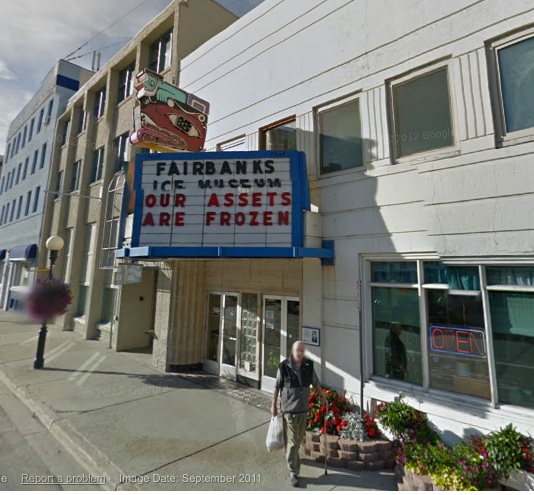 The word “cheek” may be defined as abundant shamelessness. There is such a thing as world-class cheekiness; and if you achieve it, this blog will honor you with haiku.  As below.

“You make it sound like
I’m some criminal, whined the
hit-and-run driver.

His vow to kill his
mother was “taken out of
context,” he complained.

That day, the gods smiled.
And the dead cat by the road
was only sleeping.