Police blotter haiku are true incidents of crime, mayhem, and misbehavior expressed as seventeen-syllable, 5-7-5 haiku.  I get my material from “Police Blotter” or “Crime Log” columns  of the nation’s newspapers.

Available now is “Police Blotter Haiku,” a book of 250+ of my finest crime haiku with copious illustrations .  Follow this link to “Police Blotter Haiku” on Amazon.com. Use the “Look Inside” feature to see selections from the book, which is available for a mere $12.95. 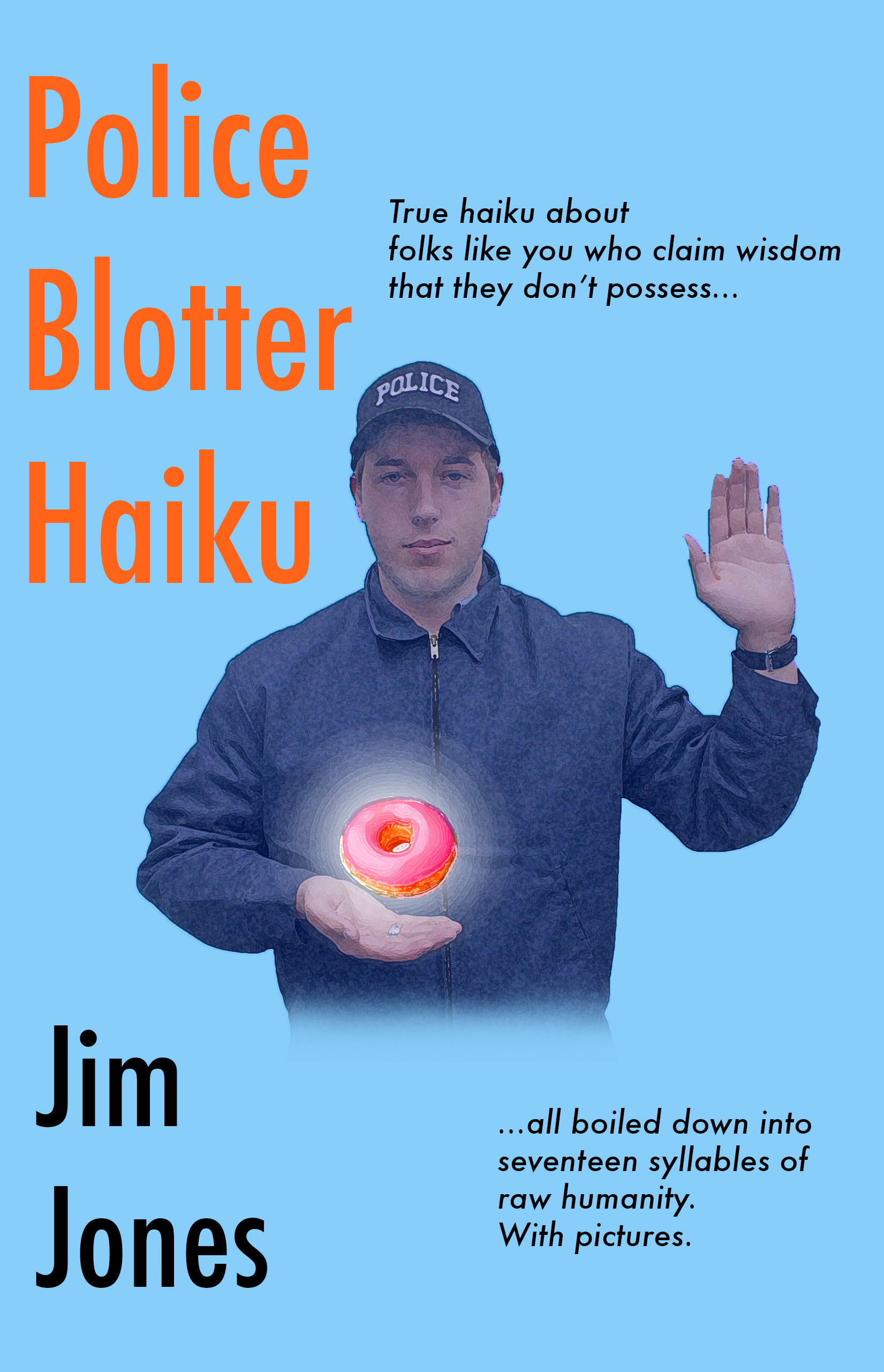 Production of this book was funded by a successful Kickstarter campaign that gave me the money to produce the book, self-publish, and publicize it.

The police blotter holds the small crimes that aren’t so much about theft or assault as human nature gone off the rails:

Their marriage, to him:
worth less than what the pawnshop
offered for her ring.

He runs for his life.
Behind, his wife closes him,
her headlights gleaming.

His next-door neighbor,
he’s sure, runs that leaf-blower
just to bother him.

What made her snap? And
bring her “special brownies” to
the teacher potluck?

Look around this website for some of my more recent haiku, and get the picture.  And if you like the picture, I invite you to go to Amazon and order “Police Blotter Haiku,” the book.

Because, as I’ve said, “crimes” found the police blotter are more about human nature than the penal code.  Thoughts of human nature lead to Zen.  Zen leads to Japan.  And Japan leads to haiku — that deceptively simple verse form that asks you to strip away the unnecessary and lay bare the heart of the matter.